Skip to content
Listen to the Art Biz Blog interview during which Alyson Stanfield interviews me.
FacebookPinterestInstagramEmail

Daisy, Green Vase6″x 6″, Framedoil on gessoboardStudio Tip:I like to paint on panels and boards, and my friend, Doug, built a storage system to hold them. Now…. I needed to come up with a way to hold/support them on my easel. There is a “li…

Read More
I bought an Old Masters Atelier © ProTrack  recommended by my good friend, David Darrow..
It is a mahl stick . “A mahl stick is a stick or thin pole about a meter in length (three feet) with a ball-shape pad at one end, used as an aid in painting,” (About.com ) 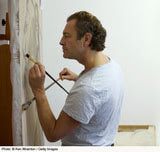 Because of my stroke, I can’t hold a mahl stick because my right hand doesn’t work. (yet!) 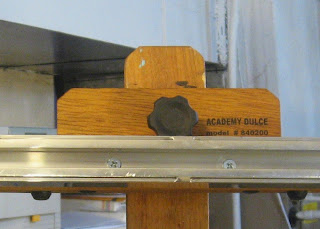 The ProTrack  is essential for me because it has a metal piece that screws into your easel….. 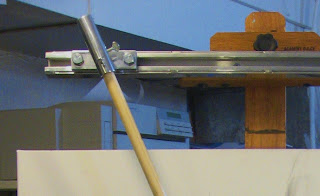 and it has another metal piece that holds the mahl stick. 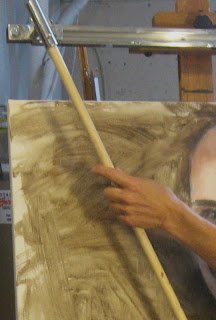 I can move the mahl stick back and forth or simply remove it. 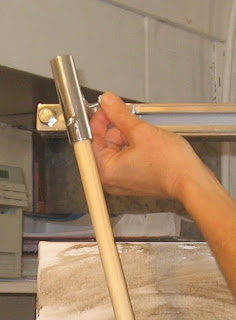 There is a screw where I can change the direction of the mahl stick. 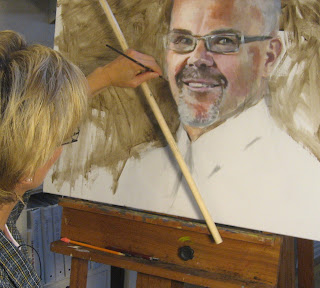 Then when I paint, I can add little details…

or draw a straight line!
Here is a video by David Gray and Old Masters Atelier  promoting the ProTrack.
Thank you David Darrow!

“It’s just a small story really, about, among other things, a girl, some words, an accordionist, some fanatical Germans, a Jewish fist-fighter, and quite a lot of thievery.

Set during World War II in Germany, Markus Zusak’s groundbreaking new novel is the story of Liesel Meminger, a foster girl living outside of Munich. Liesel scratches out a meager existence for herself by stealing when she encounters something she can’t resist: books. With the help of her accordion-playing foster father, she learns to read and shares her stolen books with her neighbors during bombing raids – as well as with the Jewish man hidden in her basement before he is marched to Dachau.
This is an unforgettable story about the ability of books to feed the soul.”
Read More 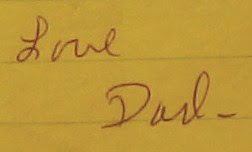 I miss my dad’s Valentine’s Day cards.
It didn’t matter what it said, I just miss his signature, “Love, Dad”.

He passed away several years ago.

Soon after he passed, around Valentine’s Day, I read this blog post by my friend, Gwenn Seemel, who is a portrait artist. In her blog post, “Signature Style”, she wrote,

“I’ve never wanted to sign the fronts of my paintings….My decision originates on a very visceral level—the act feels like a desecration!—but there’s a logic to it too: signing art seems redundant to me. Shouldn’t the work itself represent the artist better than her-his name?”

No signature????? That’s all I remember about my dad’s cards!

When looking at a piece of art, I look first at the work, and second at the signature. I may recognize the piece, but the signature let’s me know it is from the artist.

I get some sense of satisfaction.

I know it’s from them.

Here is a charcoal drawing I did using Sofft tools, charcoal, white charcoal, and PanPastels.I originally saw this on one of David Kassan’s videos and one of David Darrow’s videos.David Kassan has an excellent list of tools here.My left hand is getting…

Buy a print or note card of my artwork…

Dive straight into the feedback!Login below and you can start commenting using your own user instantly